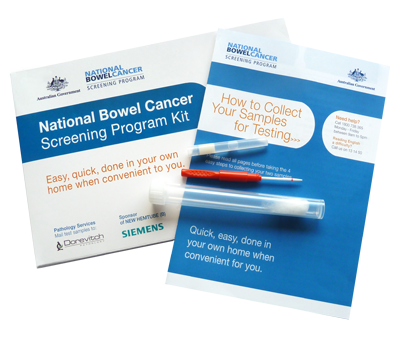 In March 2020 I turned 50, it was a very quiet celebration as we had just commenced going into COVID19 lockdown. A few weeks after I turned 50 a parcel arrived for me in the post, a present I was less excited about - a bowel testing kit for me to take part in on the back of this milestone birthday. I placed it in a folder which contains all those things that one must do when time permits.

Early in June I took a few days away from my office to write some strategic documents for the forthcoming financial year of 2020/2021. My ever efficient Executive Assistant Donna had compiled a list of things for me to attend to in those days away from the office and on the list was to do my bowel test which I did and posted it on and gave the matter not another thought.

On Friday 3rd July I received a call from my Doctor, he asked me if I could talk and I said I was just driving. He then suggested that I pull over. It was at that time I became alarmed. He asked me had I received in the mail a letter regarding my bowel test results. I advised that I had not. He then went on to tell me that tests have come back positive. He advised I would need a colonoscopy and he would like to do some further blood tests. He also mentioned a statistic that stuck permanently in my mind that 20% of cancer diagnoses are bowel related. The matter was certainly top of mind over the days and weeks ahead. As a person who is largely optimistic, this really put me to the test - this was something I had no control over and I just had to go with it.

On Tuesday 7th July I saw my doctor, he got on the phone and contacted his recommended specialist to carry out my colonoscopy with an urgent request for this to be completed. An appointment was made for Tuesday 14th July 2020. My wife, and so many others close to me who provided support and reassuring words, dropped me off for the colonoscopy. Entering the hospital during COVID19 is a complicated procedure on its own. Whilst I was in the waiting room, as they called names, a nurse would come and talk to you completely gowned with gloves, a face mask, hair net and a disposable apron on. For a moment I thought I was in the Tobin Brothers mortuary. They then run you through the questions, “do you have a sore throat? runny nose? let me take your temperature, have you been around anyone with COVID19? have you travelled in the last 2 weeks?” etc. I really felt for an elderly person who was in the waiting room when they went through these questions. She was somewhat deaf therefore the nurse was speaking extremely loud and the ladies responses were equally quite loud. She talked about being a little unwell and then they cross examined her further which became quite a personal conversation in a fairly public space, I really felt for the lady concerned and for her privacy.

Once in the cubicle I was asked to put on the hospital gown, socks and dressing gown. I wandered down into the second waiting room where I met with the anaesthetist. Finally I was wheeled in to the final room and had a short chat with the surgeon who was carrying out the procedure, he too offered words of reassurance, explained the procedure and said he would come and have a talk to me when I woke up. I am a big advocate for reassuring people in times of trouble, particularly in regards to their health. What I learnt from my own experience though is that the mind is so much more powerful than the reassurance. Within seconds I was asleep and the next moment I found myself in recovery waking up to the nurses first words to me which were, “It’s a nice sleep isn’t it?”…I am not sure if it was nice or not but I was pretty happy just to be waking up.

Next minute my surgeon returns to my bedside to have a chat to me about the colonoscopy. He let me know that he had cut a few things out and had sent them away for pathology testing. He advised me that he had put a marking like a tattoo where he had cut a piece out as he was concerned that there could be further growth. I joked “does it say GUR?”. He said “what do you mean by GUR?”. I said “like in golf, Ground Under Repair”. He laughed, clearly he is not a golfer. He advised me that he wanted me to come back in several weeks for another colonoscopy to investigate the GUR (Ground Under Repair) further.

I guess the answer is ‘no’ as there are some further tests and follow-ups required. Had it not been for the bowel test that came in the mail, perhaps these things would not have been identified until it is far too late.

I chose to write this blog because I have plenty of mates that received the test in the mail and it is still sitting on their bedside table or their bar fridge, waiting.

Please, get the test done. It is simple, it is easy and clearly it saves lives.

In our lifetimes there has never been a more important time to gather. As 2020 commenced, after our country was crippled with bushfires and so many tragically lost their homes and some their loved...

It was On 23rd March 2020 that Tobin Brothers Funerals cared for its first COVID19 death. Since that time, we have cared for over 100 clients who have died from this hideous virus. Over my 30 plus ...